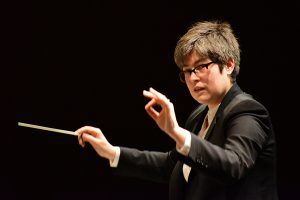 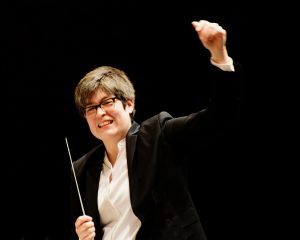 Grine serves as Assistant Concertmaster of the Oshkosh Symphony Orchestra.  In 2008 she joined the faculty of the Lawrence Academy of Music Summer Chamber Music program.  Before relocating back to Oshkosh, Ms. Grine lived and worked in San Francisco, CA, and was a staff member of California Summer Music for four years. While growing up and attending college, Grine received many honors, including placing in Milwaukee Symphony Orchestra and Fox Valley Symphony Orchestra concerto competitions, and being selected to perform in a masterclass for violinist Midori at Oberlin College.  She attended summer institutes, including Meadowmount School of Music, Round Top Festival Institute, Musicorda Summer Music Festival, Madeline Island Music Chamber Music and the Henry Mancini Institute.

Ms. Grine received a Bachelor of Music in Violin Performance from Oberlin Conservatory of Music, where she studied with Marilyn McDonald.  Other teachers include Gregory Fulkerson, Timothy Buswell, Kathleen Winkler, Jorja Fleezanis, Klara Bachall, and Vartan Manoogian, violin, and David E. Becker, conducting. Ms. Grine holds a Master of Education degree in Curriculum and Instruction and attended Lawrence University to obtain her Wisconsin teaching certification.  In her spare time she enjoys time with family, traveling (and eating) and running. 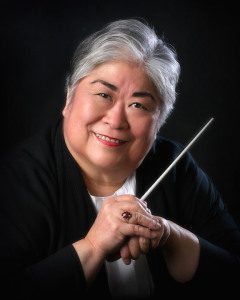 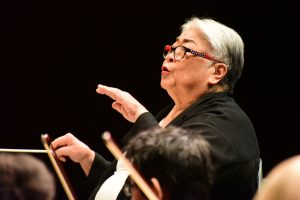 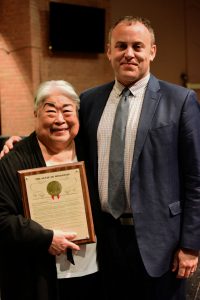 In 1987, Geraldine Otani Grine became the Music Director of the Youth Symphony in Oshkosh. Since then, she has grown the youth symphony program into two orchestras, drawing performers from Winnebago County and beyond. Youth Symphony musicians under Geri’s direction have gone on to perform professionally in Minneapolis, Boston, Dublin and other cities.
As a graduate of Lawrence University and Northwestern University, Geri has performed as a professional musician and principal clarinetist in the Oshkosh Symphony Orchestra, Green Lake Festival Orchestra, Victoria Bach Festival of Texas, the Tennessee Bach Festival Orchestra, the Paine Art Center Chamber Players, and the UW Oshkosh Faculty Chamber Players among other chamber music and solo performances.

Sharing her love of music with young musicians is one of Geri’s greatest passions. She began educating young musicians in Northeast Wisconsin in 1966, and has been a fierce advocate for music and the arts in public schools. In addition to teaching in the Oshkosh Area School District, she founded the Suzuki music program in Oshkosh and currently sits on program’s Board of Directors. She is the founder of the After-School Strings program in Oshkosh for 4th and 5th graders, as well as the founder of the Arts Education for Children orchestra program on Maui, Hawaii. Geri was a founding board member of the Student Opportunities in Artist Residencies (SOAR) in Oshkosh and a past President of the Wisconsin chapter of the American String Teachers Association. She has been a guest conductor of numerous youth orchestras in Wisconsin and Hawaii and continues to provide services as a youth music and string orchestra consultant.

Always a gracious hostess, Geri has organized trips to Hawaii for students and their families, sharing her “hometown,” as well as other musical experience trips to Chicago, Minneapolis and elsewhere throughout the country. Geri’s enthusiastic desire to pour a love of the arts into young musicians is shared by her husband, Dr. James Grine. Together they received the Rabin Youth Arts Award for Artistic Achievement from the Wisconsin Youth Symphony Orchestras.
Even greater than Geri’s passion for music, arts and youth, is her passion for family. She is a loving wife, devoted mother, adoring grandmother, and dedicated friend to all.
Mahalo Nui Loa, Geri, for 30 years of beautiful youth symphony music in Oshkosh!

Transformative Experiences for All through Music